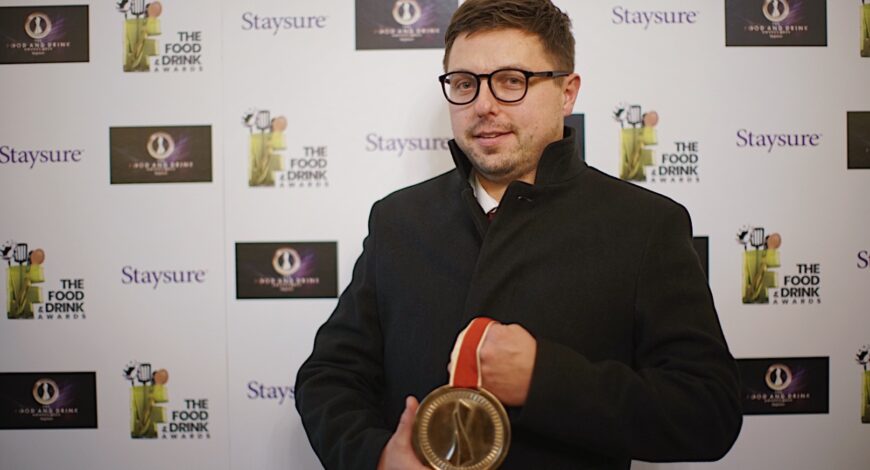 Owner, Dan Batchelor, worked as a chef for 16 years at Michelin Starred restaurants including Simpsons in Birmingham and also in London. He’s from the Midlands and decided to get out of the kitchen and open his own stall in 2013 – The Flying Cows – a regular feature at the multi-award winning street food event, Digbeth Dining Club in Birmingham – a lively and vibrant street food event in the heart of Birmingham who:

“provide a platform for the best street food traders in the UK to cook quality, locally-sourced and honest food to the people of the Midlands”

He still cooks like a Michelin chef from the truck. Dan’s original top quality Dexter beef stock was from his family’s farm in Princethorpe, Warwickshire but now he’s gone through all his dad’s cows, he still only uses the finest quality UK reared cattle.  His burger, The High Flyer won Best Burger at the 2017 British Street Food Awards. The Flying Cows are very much a part of the Brum food scene. 35-year-old Dan has no immediate plans to start his own burger restaurant, preferring to get out and about in festivals and the lively Digbeth Dining Club.