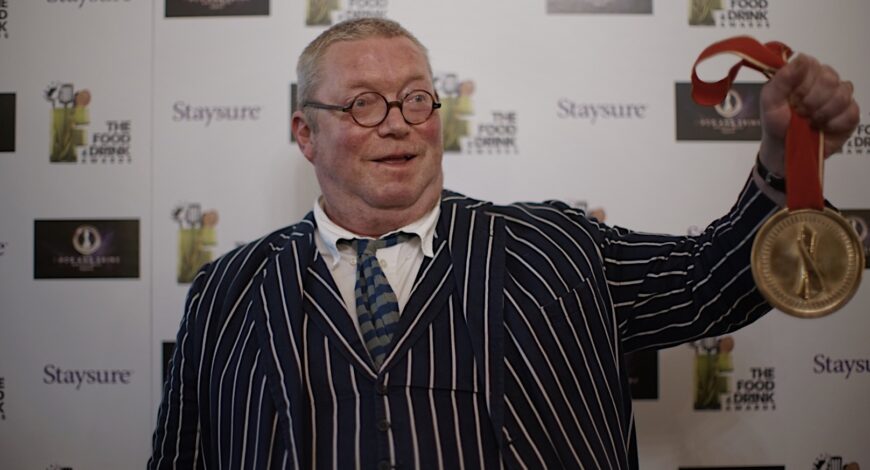 “The Chef’s Chef” , Fergus Henderson M.B.E. founded groundbreaking London restaurant St.John and has gone on to write several best-selling food books. He is known for his belief that when eating meat, the whole animal should be respected and every part used.

Fergus was awarded an MBE in 2005 and his book “Nose to Tail”, written the year after his diagnosis, is considered one of the most defining British cookery books. We interview Margot, his wife; his wine partner in St John, Trevor Gulliver; along with sound bites from actor Quo Vadis chef Jeremy Lee.

Nose to Tail eating changed the way we cooked because it allowed us to not chop everything into squares.

Fergus says if god had wanted square vegetables he’d have made them.

Fergus Henderson was diagnosed with Parkinson’s disease in 1998 but has not slowed down one jot.  He underwent a pioneering surgery called “deep brain stimulation” which vastly improved his mobility. He travels the World, where he is treated like a rock star – by chefs and those in the F&D industry.